The New York native has fond memories of his uncle sharing unique, flattened meat snacks with the whole family during the Upstate summer vacations of his childhood.

When Brookstein relocated to Wisconsin a few years ago, he noticed those same meat snacks from his childhood on display all over the place in area taverns, gas stations and grocery stores.

The self-described “all-around meat geek” got curious about it, started doing some research, and eventually wrote the book, “A Perfect Pair: The History of Landjaeger in Green County, Wisconsin.”

“I took that childhood relationship I had with it to this adulthood infatuation it’s become. I started researching it and the book was born,” Brookstein said. 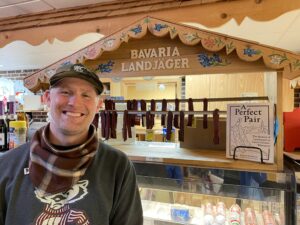 Jesse Brookstein at Bavaria Sausage in Madison, where his Landjaeger book is on display. (Brad Kolberg/WPR)

So first, how do you pronounce Landjaeger?

All right! No refrigeration necessary.

Landjaeger are also kind of flattened, like long, skinny rectangles.

“That’s done with these molds or these presses,” Brookstein said. “Not only are they in that rectangular shape, but they also come as a pair. And that’s part of the reason I think Landjaeger stands out as opposed to so many other sausages in the world — is that unique form and shape.” 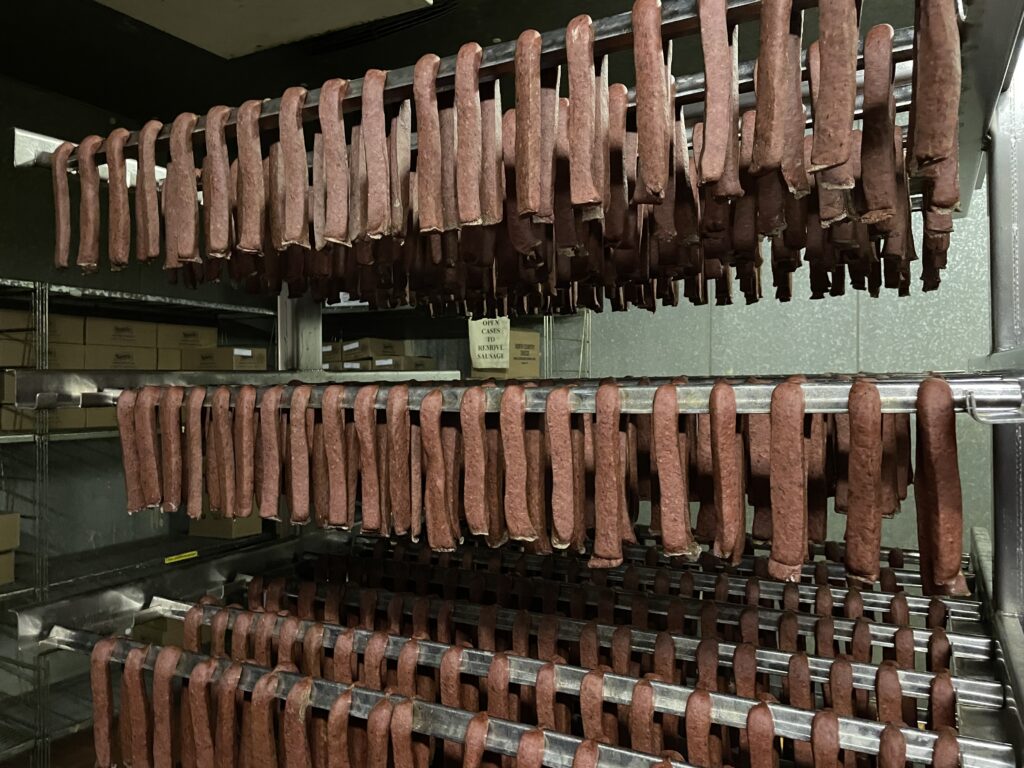 Brookstein sayid Landjaeger originated in Germany and spread to regions of Austria, Switzerland and France.

“The direct translation for Landjaeger is ‘land hunter or country hunter,'” Brookstein explained.

Brookstein found they were popular among hunters and game wardens hiking around the forests of the region. Later, folks from that region emigrated to the United States and settled in spots like southern Wisconsin and upstate New York, where he grew up. When he moved to Wisconsin, he started noticing Landjaeger all over the place hanging in their classic chalet style display cases.

When his research began, he set out to meet as many of the area’s Landjaeger producers as he could, which led him to Bavaria Sausage in Madison.

“I’ve been here my whole life because my parents started this business,” said owner Judy Cottrell. “So I’ve been peeling wiener since I was five.”

Bavaria Sausage has been making traditional German sausages in Madison since the early 1960s. 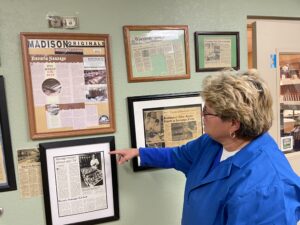 “My dad is a master sausage maker (with a) master spice mixture from Bavaria,” Cottrell says. “So these are all authentic Bavarian recipes. I think we’ve been making them over 60 years. These have won gold medals in international competitions. So, we know they’re good. We know they sell. We make a lot of them.”

“All I’ll say is they’re all beef, no fillers, no additives, no MSG, natural hickory smoke,” Cottrell revealed.

But that’s all she’ll say.

“That’s all you get. That would kill my livelihood right there,” she laughed.

For Cottrell, it’s a labor of love to preserve her family’s legacy.

“You know, there’s probably a handful of places left like us in the whole United States that really have the family recipes,” she said. 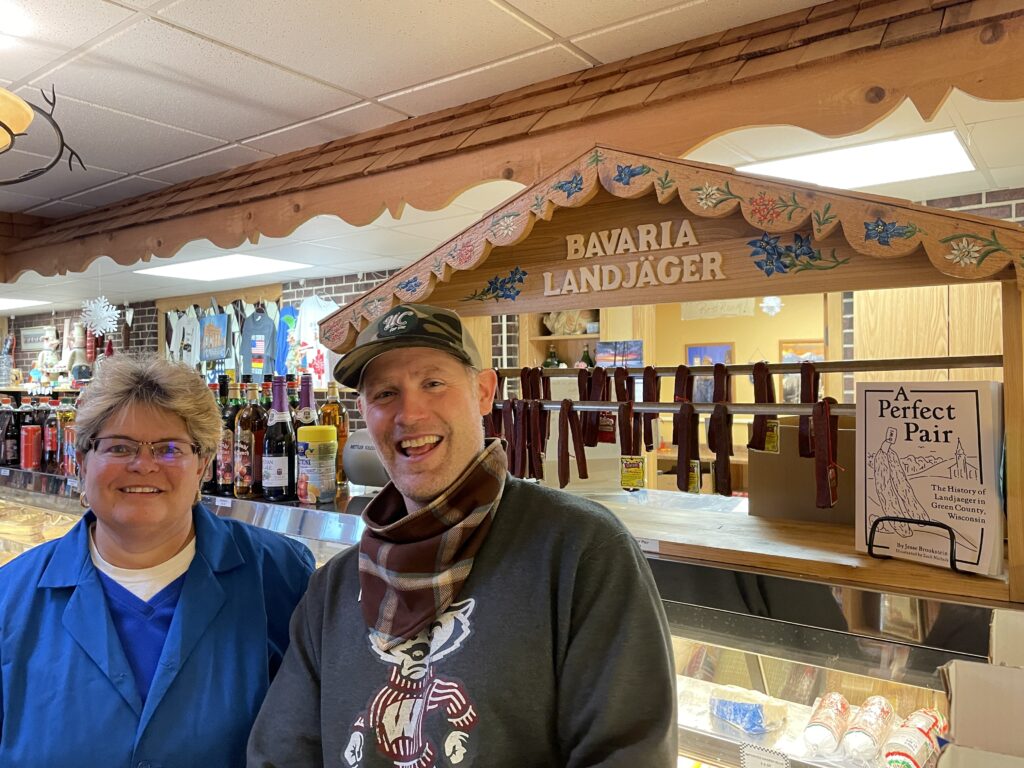 But Cottrell also said that tradition extends to her generations of loyal customers, too. She sees long-time customers passing their love of Landjaeger on to their children and grandchildren. People like Jesse Brookstein.

“It’s something that gets passed on generation to generation,” Cottrell said. 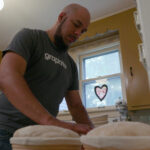 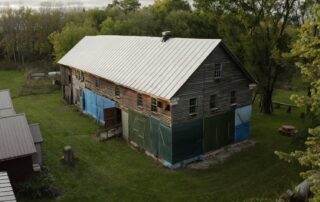 Preserving the unique German heritage built into the Lutze housebarn