Retired Legal Chief Lorrie McNeal Saylor of Kenosha knew before she graduated high school that she wanted to see the world. She was ready for something different, for new experiences outside of her childhood home in Alabama. So, she joined the United States Navy, travelled the globe and made lifelong friends from many cultures along the way.

Saylor’s daughter, Erika Saylor, interviewed her about her experiences as part of StoryCorps’ Military Voices Initiative, which is made possible by the Corporation for Public Broadcasting.

(The following interview has been edited for brevity and clarity.)

I was originally born in Kalamazoo, Michigan. I moved to Mobile, Alabama after my mom passed; I was four. This wonderful woman named Alice adopted me. She already had four kids, so my siblings, we grew up outside a lot playing together, running around barefoot. Just doing kid stuff.

Erika Saylor: When did you enlist?

LMS: I wanted to be somewhere other than Alabama. My thought process was, I didn’t want to go into 13th grade, as I put it, because I didn’t want to go to school with the same people that I went to high school with. I wasn’t really comfortable with a lot of those people. I was a lot shyer then. So when they came to the school, it sounded interesting and I signed up. 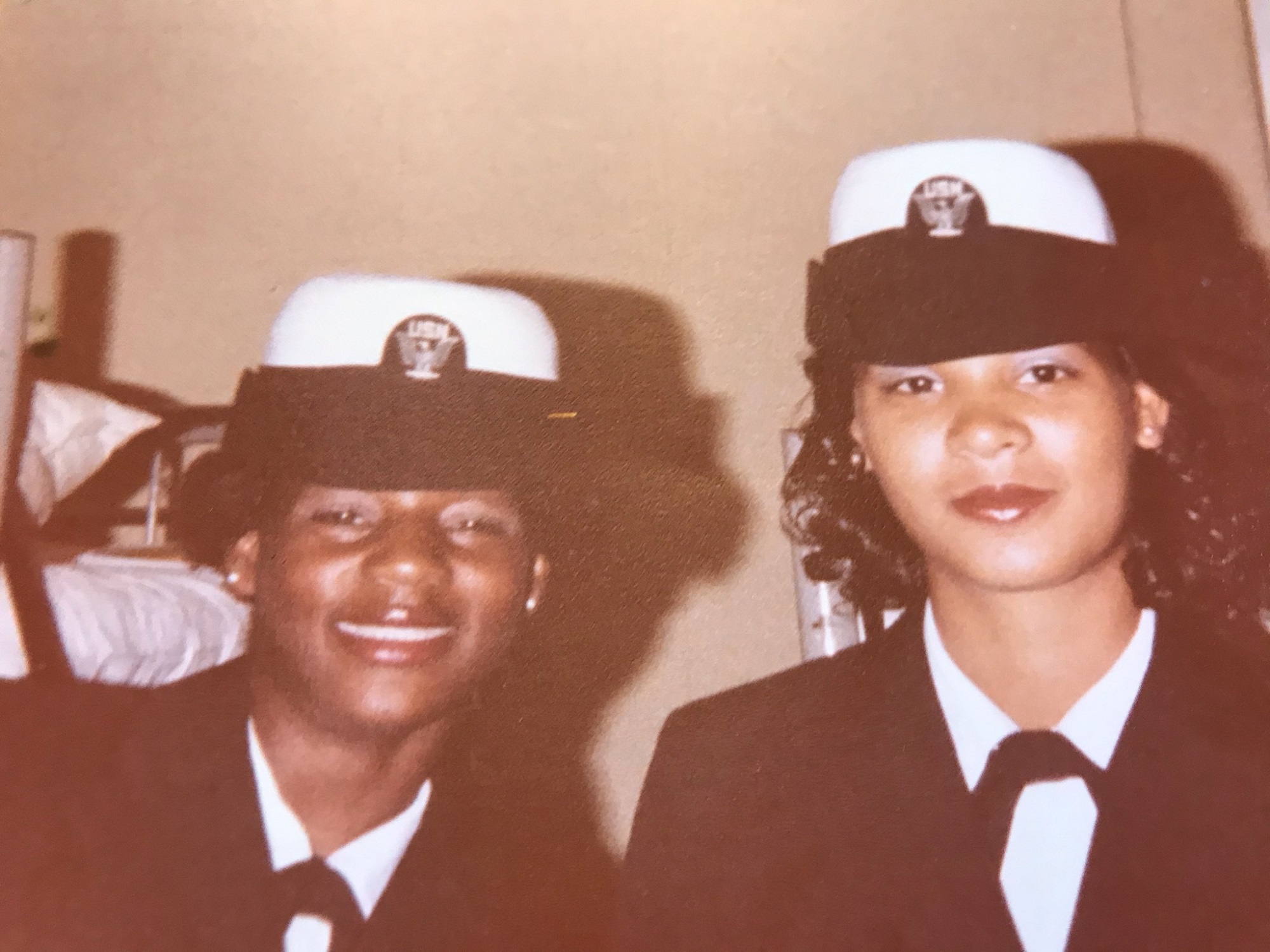 LMS: You know, it was so different because now you’re living with people from all over the country. I think that’s where my interest in learning about other people came from, because there were people from different cultures.

I remember this one young lady, she was just this tiny little curly-haired blonde. She asked me, “Can I touch your hair?” And I looked at her and I was just like, “Sure.” And afterwards she said, “Why is your hair different from mine?” And I said, “Because that’s the way God made it.” And she was like, “Oh.” It was so easy for her to understand that. 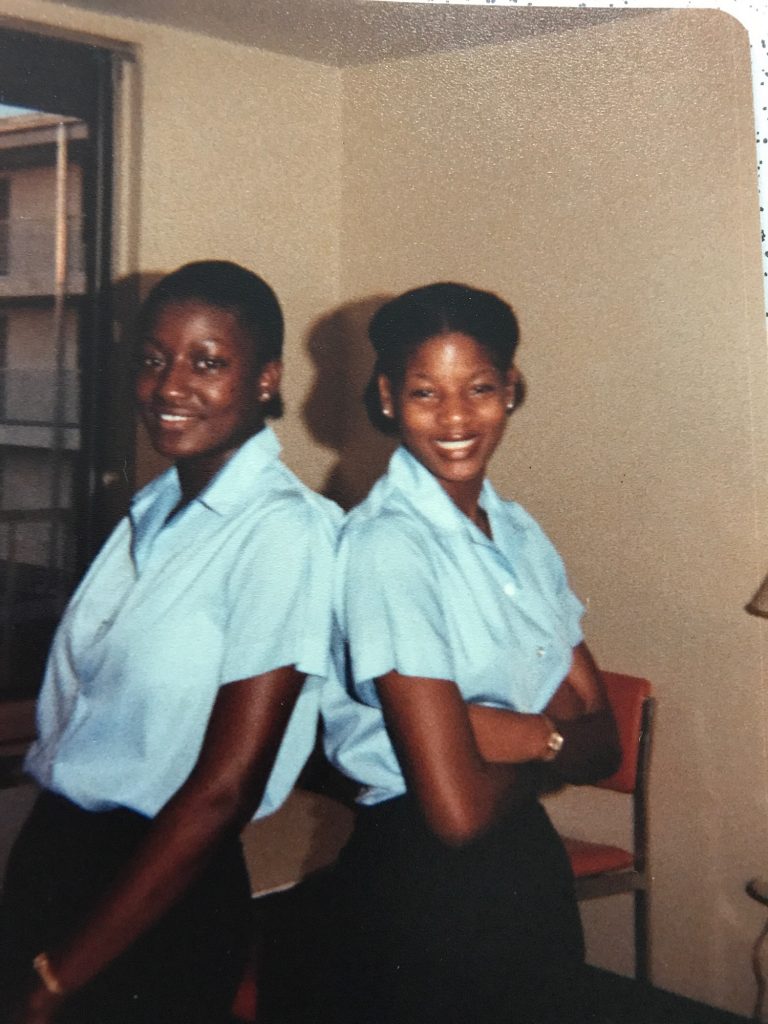 ES: Is there someone that you served with that you remember fondly?

LMS: My two most favorites are your Aunt Flo and your Aunt Trina because I met one on the bus and the other one in boot camp. And we’ve been friends for over 30 years.

ES: How do you think your time in the military affected you?

LMS: It opened my eyes a great deal as far as education and how to save money, just things that I hadn’t really learned yet. It gave me a lot of opportunities, semi-free education, traveling. It definitely opened up my world and gave me the travel bug. That’s the one thing I think is probably one of the most awesome things that the military did for me.

I was there when they first put women on board ships. I was there when the Cold War ended, when Russia came to Norfolk, Virginia. I got to see that. And I think I still have a Coke bottle with the Russian writing on it. So there are things that I’ve gotten to see and experience that a lot of people don’t get to do. So I’m very grateful for the things that I was able to accomplish in the military.

ES: Do you have any advice for someone who is interested in joining?

LMS: I believe traveling, learning about other cultures, it’s probably the best thing that you can do for your own sense of being. It helps you open up your mind and your eyes and you get to learn so much. So definitely education, travel. And I always tell them, find someone you want to emulate when you first join. Find someone that you would like to be like and you follow them around. You ask them questions, you learn from them, you know, just absorb it all. Make it worthwhile. I wish someone had told me that when I was joining, but I figured it out on my own. 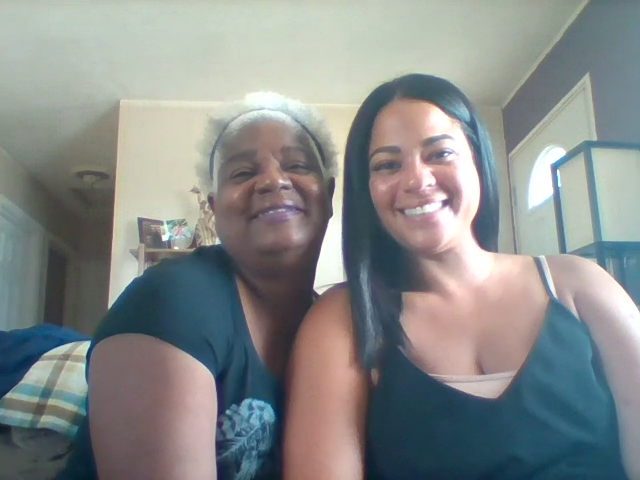