Captain Ryan Erisman (r) and Eifan Sadun Eifan (l) of the Albu Issa tribe in July 2007. "Eifan went by 'Abu Sadun' or his self-assigned callsign, 'Dark,'" said Erisman. "The nephew of Sheik Khamis, the leader of the 70,0000-strong Albu Issa tribe, Abu Sadun organized the tribe's indigenous counterinsurgency forces (ICF) and was key to the partnership between the Marines and ICF. I met with Abu Sadun several times a week to coordinate operations. He was assassinated by a suicide bomber in January 2013." (Courtesy of Ryan Erisman)

From his earliest memories, Ryan Erisman of Sun Prairie, Wisconsin knew he wanted to be a part of the United States Armed Forces. He became a Marine and eventually served in Iraq. Erisman says his belief of treating others with respect was felt by those around him. He left the Marine Corps in November 2007.

Erisman’s girlfriend, Treva Wetherell, interviewed him about his experiences as part of StoryCorps’ Military Voices Initiative, which is made possible by the Corporation for Public Broadcasting.

(Editor’s note: Parts of this story describe battleground violence. This interview has been edited for brevity and clarity.)

I wanted to be in the military from my earliest memories. I joined Naval ROTC at the University of Wisconsin in the fall of 1993 as a freshman and I got commissioned as a Marine Second Lieutenant in May 1997 and became an infantry officer several months later after basic school.

The first time I deployed to Iraq, I checked in very late to the battalion and I was what they called the Assistant Operations Officer. I was basically running…think of the equivalent of NASA mission control. There were days where I literally had three handsets next to my face talking to regiment and two different battalions at the same time on the net. That set me up for company command. I understood what it took to put everything together and keep it moving at a battalion level.

Lima Company, 3rd Battalion, 6th Marine Regiment, on August 2, 2007 in Camp Habbaniyah, Iraq. “It was the day after we came out of the field after handing over control to our replacements from 1st Battalion, 1st Marine Regiment,” said Ryan Erisman. “I was also promoted to Major that morning.” (Courtesy of Ryan Erisman)

So the second deployment, we deployed to Habbaniyah, Iraq, in the beginning of January 2007. I commanded Lima Company, 3rd Battalion, 6th Marine Regiment. By this time in late 2006/early 2007, we were in kind of the height of the insurgency. IEDs — so roadside bombs all the time. RPG attacks. Mortar attacks.

But for the Marine Corps, Marines were living in villages among Iraqis in essentially leased houses. Some days were kinetic, (we’d) be in gunfights. Some days, we’re walking around talking to people. Often that all happened in the same hour. To prepare for that, the Marine Corps actually had contracted with a company that brought in all these Iraqis living in America and created simulated villages on base. There was training around understanding the culture and understanding how to interact when you’re not in gunfight mode.

The way we prepared, there was all of that and then there’s the discussions. I felt that if I’m taking 170-some guys to combat, I owe it to them to let them know where I stand and what I think.

I said, “Here’s two things: We’re going to leave every place we go better than we found it.”

The other thing I said was, “We’re going to treat Iraqis with respect and dignity. They are not the enemy. The enemy lives among them. The only way we’re going to separate those out is by building relationships with the ones who would work with us.”

Treva Wetherell: What was the impact of treating Iraqis with respect and dignity?

RE: By the end of our deployment, we went from an area that had IEDs on that road every day to nothing was going on. We had trained local Iraqi — for lack of a better term they functioned as militia — so that they would have the power to fight Al-Qaida. 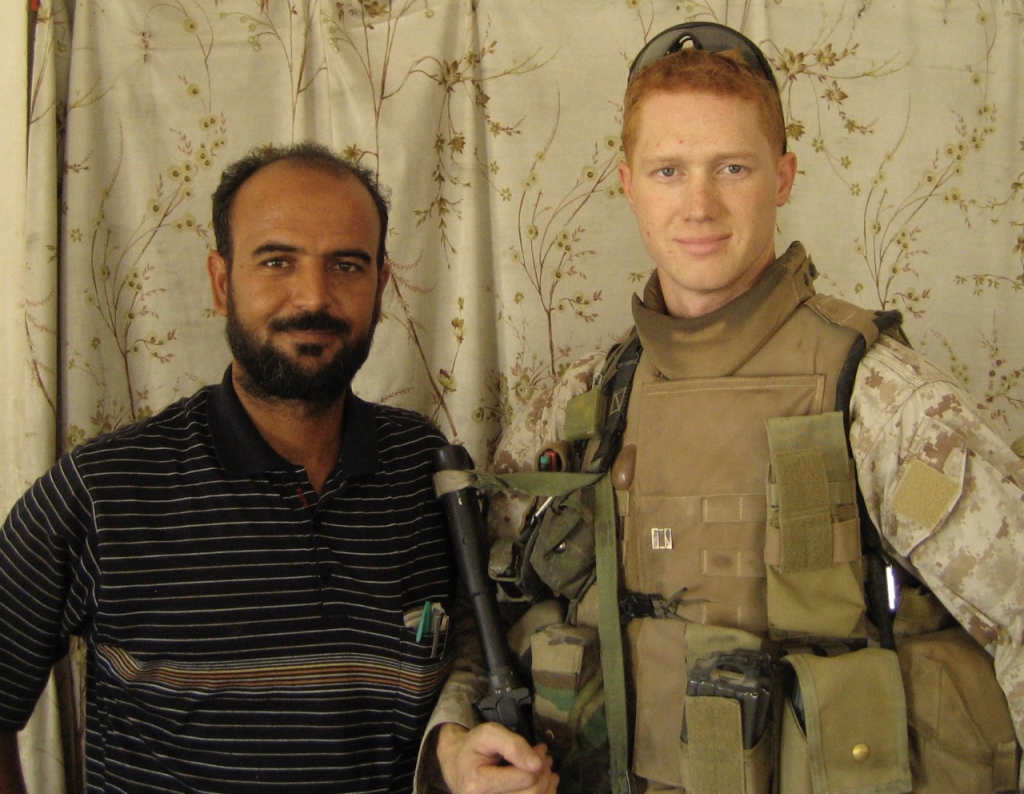 Dr. Mustafa, a professor of nutrition and food science at the University of Baghdad, and Captain Ryan Erisman. Mustafa spoke fluent English and emerged as the security leader for his village’s indigenous counterinsurgency forces. (Courtesy of Ryan Erisman)

On my last day, my last patrol, we went down to Abu Hawa. I had lunch with Dr. Mustafa. Mustafa was a University of Baghdad professor whose family had spoken out against Al-Qaida. As I understood it, Al-Qaida insurgents broke into their family homes one night and killed almost every other male in his family while he still lived in Baghdad. And so Mustafa came back and became not only the caretaker of much of his extended family, but kind of the security leader of his village.

When I told him I was leaving, he pulled me aside with tears in his eyes and he said, “Your Marines treat the fighters as brothers and they treat the Iraqi people as friends. Because of you and your Marines, the people here have been able to turn away from Al-Qaida.”

And I think that was probably a better indication of success than anything else anybody could have told me. 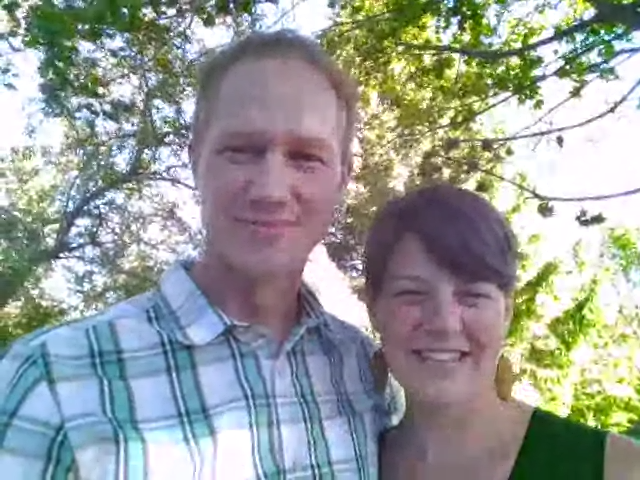